How to thrive on a vegan or vegetarian diet.

Home » Blog » How to thrive on a vegan or vegetarian diet.

How to thrive of a vegan or vegetarian diet. 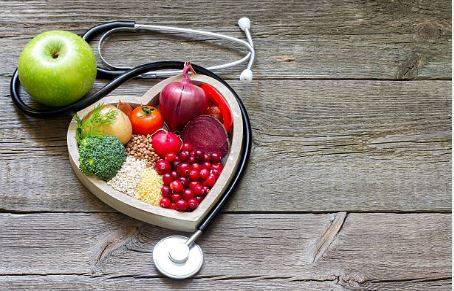 What is a vegan and vegetarian diet?

A vegetarian diet avoids meat, fish and poultry. It is less restrictive and includes dairy and sometimes eggs depending on the person’s own idea of vegetarianism.

Reasons why you would choose a vegan or vegetarian diet…

There are three main reasons why someone would choose a vegan lifestyle or a vegetarian diet.

It has been known that a plant based diet is very healthy for us and can offer many protective health benefits against common diseases like heart disease and cancer . Plants are a lot easier to digest than meat which can take several hours. A lot of vegans feel lighter and have more energy when not consuming animal products. A popular documentary that has just been released on Netflix called “The Game Changers” explains a lot of the health benefits of a vegan plant based diet. Some of the worlds greatest athletes have found that changing to a vegan diet has incredibly increased their performance. With such a huge population on earth right now (and predictions of another 2 billion people by 2050) the need to feed us all has put incredible strain on agriculture and farming practices. This has equated to factory farmed animals who live in horrendous conditions only to be inhumanely slaughtered for us to eat. The days of cows and sheep living happily in a pasture full of green grass is rarely the case anymore. Even though you may think that the animals here in Australia aren’t treated as badly as they are in other countries of the world unfortunately that is not the case.

Even in “humane” abattoir’s here in Australia animals are pushed into a room where they have to be electrocuted several times before dying! It’s frightening to see and hear and that’s why these slaughter houses never let footage of this into the mainstream media. It would make you think twice about eating meat again and the meat industry would suffer huge losses. If you need proof of this you can look up @JamesAspey and @joey_carbstrong on Instagram as they have footage of the suffering that these animals face in Australian slaughter houses before death. 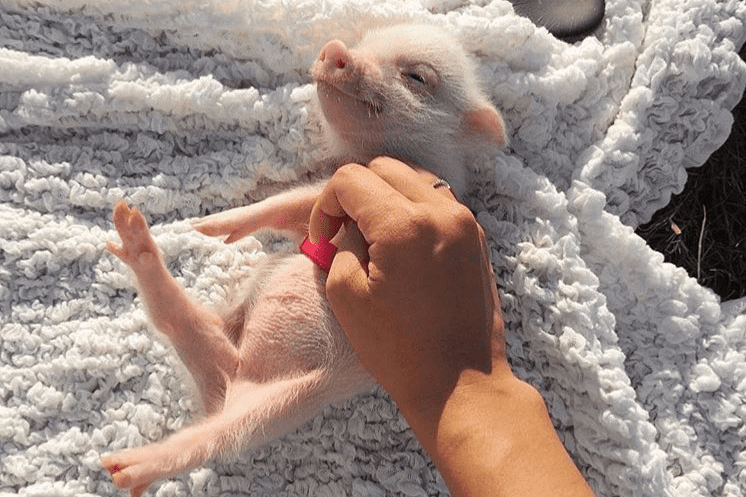 Another big reason so many people are turning to a vegan diet/lifestyle right now is due to the dramatic impact we are all facing with climate change. There is no denying that climate change is real and we are all living with it. The endless bush fires we have been seeing here in Australia this year. The years of droughts, the floods Brisbane faced in 2011, the cyclones of tropical north Queensland are becoming more violent and destructive and we are even seeing mini tornadoes here in South East Queensland. Not to mention what is happening in the rest of the world with the polar ice caps melting and sea levels rising so much faster than we all anticipated.

You may be wondering what being vegan has got to do with the environment? When land is used to raise animals instead of crops, precious water and soil are lost, trees are cut down to make land for grazing or factory-farm sheds, and untreated animal waste pollutes rivers and streams. In fact, it has such a devastating effect on all aspects of our environment that Scientists are listing meat-eating as one of the biggest environmental hazards facing the Earth.

Globally, animal agriculture is responsible for more greenhouse gases than all the world’s transportation systems combined. It takes 2500 litres of water to produce 3.5 liters of milk. It takes 9,000 litres of water to produce 1/2 a kilo of beef. And almost 20 times less land to feed someone on a plant-based (vegan) diet than it does to feed a meat-eater since the crops are consumed directly instead of being used to feed animals. 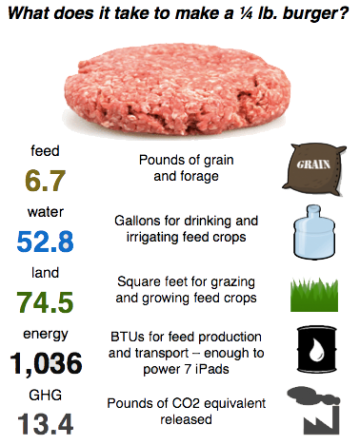 Now for some good news!

The benefits of a vegan / vegetarian diet are countless! It can help you lose excess weight, lower blood sugar levels (many diabetics have found they have gotten off medication that they have been taking for years once changing to a vegan diet). It can protect against certain cancers, it’s linked to a much lower risk of heart disease and can reduce pain from arthritis.

If after reading all this you feel like you would like to try out a vegan or vegetarian diet and reap the benefits of not only feeling healthy, having glowing skin and clear eyes, doing your part to end animal suffering and helping the environment at the same time, here’s what you need to know to thrive!

Where do you get your protein from?

On a vegan or vegetarian diet you may be asked repeatedly “But where do you get your protein from?” All protein comes from plants. The animals that we eat got there protein from plants. Think about the biggest animal in the jungle – elephants, gorillas, rhinos – they all eat plants!  The only thing that  you need to do on a vegan diet is eat a whole range of food so that your body can pull the correct amino acids out of each food to make a complete protein. So how do you do this? Eat at least one grain and one legume per meal or one nut and one grain per meal or one legume and one nut per meal. This will give your body a complete protein as you can see in the image below: 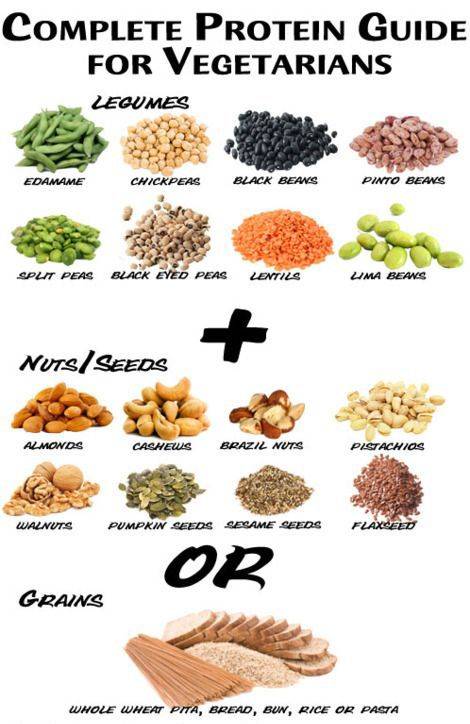 Iron is an essential nutrient that plays an important role in many bodily functions.

A diet lacking in iron can result in low energy levels, shortness of breath, headaches, irritability, dizziness or anemia.

Some food sources loaded with iron include dark leafy greens, tofu, legumes, whole grain cereals and nuts especially cashews. Iron absorption is increased dramatically by eating foods containing Vitamin C along with foods containing Iron. Here at Capalaba Natural Health we have a very effective Iron supplement that is gentle on the stomach. It does not cause constipation and has a high absorption rate. If you are in need of an Iron supplement, pop into the Capalaba clinic and we can sort you out!

Several studies show that while anyone can have low vitamin B12 levels, vegetarians and vegans have a higher risk of deficiency. This seems especially true for vegans who are not taking any supplements. So if you are planning on embarking on a vegan diet then supplementing with B12 is essential.

Vitamin B12 is important for many bodily processes, including protein metabolism and the formation of oxygen-transporting red blood cells. It also plays a crucial role in the health of your nervous system.

Too little vitamin B12 can lead to anemia and nervous system damage, as well as infertility, bone and heart disease. Ask Tony our award winning Naturopath about getting tested for B12 levels and the effective B12 supplement that we stock here at Capalaba Natural Health.

What about Calcium? Won’t you get osteoporosis?

For years we have been told by the dairy industry and media that we need to drink cow’s milk for calcium to keep our bones and teeth strong. The truth is that the calcium in cow’s milk is calcium carbonate which is a form of chalk. This may be a contributing reason why some woman who get to menopause age are all being diagnosed with osteoporosis. This type of calcium is a weaker version of the calcium our bones are made up of, therefore the bones become brittle. In a 12-year Harvard study of 78,000 women, those who drank milk three times a day actually broke more bones than women who rarely drank milk. Dairy is very acid forming and therefore the body uses calcium from the bones to help alkalize the blood … further depleting calcium stores in your bones.

The best form of calcium available comes from tahini … Sesame seeds. Other great sources are green leafy vegetables and legumes, broccoli, brussels sprouts, collards, kale, mustard greens, swiss chard. They are loaded with highly absorbable calcium and a host of other healthful nutrients plus are alkalyzing so protect bone calcium levels.

Beans are humble foods, and you might not know that they are loaded with calcium. There is more than 100 milligrams of calcium in a plate of baked beans. If you prefer chickpeas, tofu, or other bean or bean products, you will find plenty of calcium there, as well.

There is also the calcium fortified soy milks, orange juice and calcium set tofu. So really there is no need to drink cow’s milk. Leave it for the baby cows!

It’s so hard to be vegan though!

With the popularity of veganism there are many new cafes catering to this way of eating. Supermarkets are now stocking plant based meats and meals too. You can get vegan ice creams such as the dairy free Magnum or Cornetto. Aldi stock delicious coconut ice cream tubs that are reasonable priced. There are new vegan cook books being released every day with delicious recipes to make. So its a whole lot easier to be vegan now than it ever has been. Some amazing local cafes to try if you want to “try before you buy” include:

Do you think you could thrive on a vegan / vegetarian diet?

Click here to assign a widget to this area.